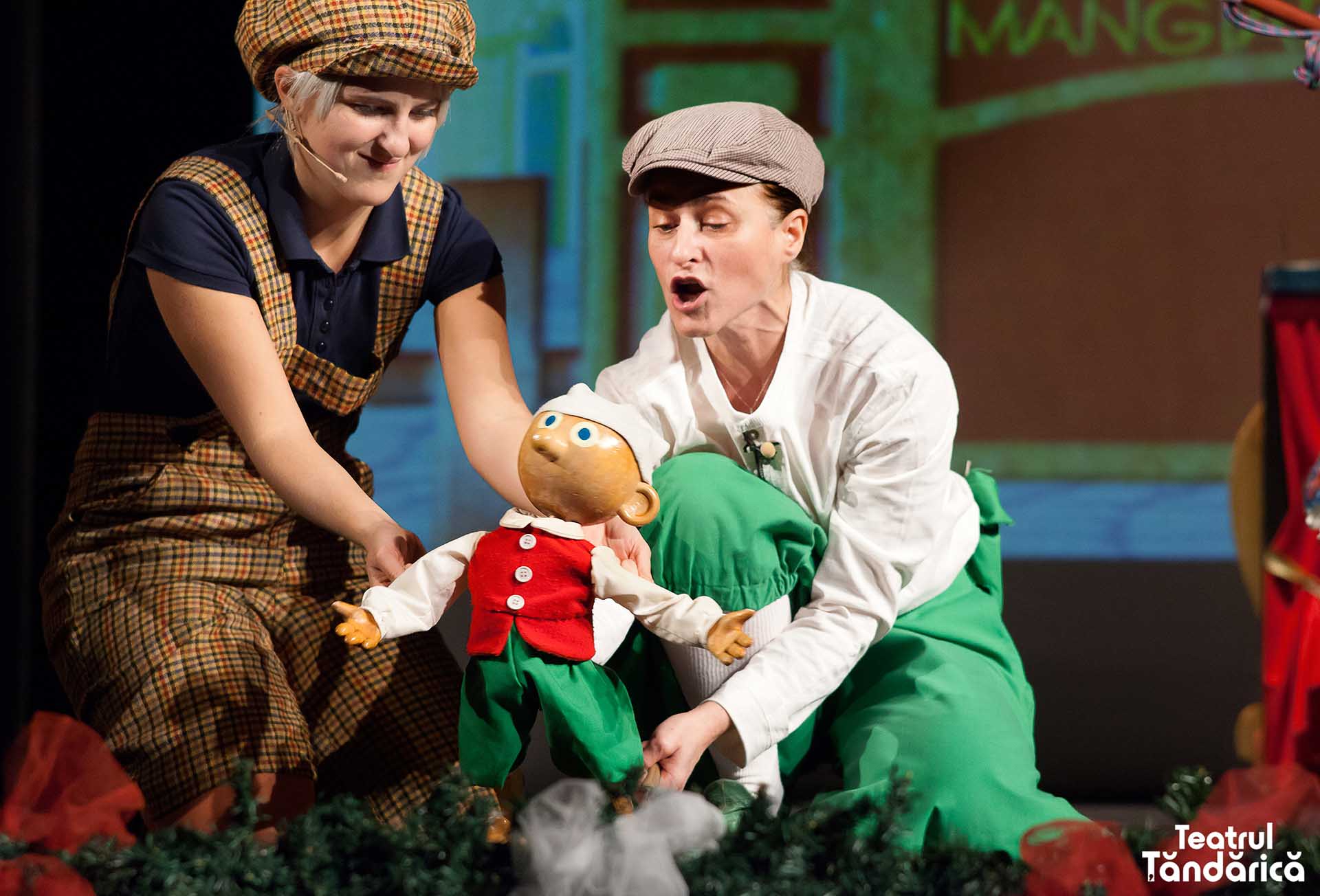 Pinocchio tells us in the beginning, Geppetto’s story, a carpenter in a small Italian town, who one day finds an enchanted log, of which he carves a wooden puppet he names Pinocchio. So begins the story of Pinocchio, who goes through a lot of adventures, that teach him what it means to be good and obedient. As a reward, the Good Fairy will turn him into a real boy. The story of Pinocchio became most loved by children around the world, has been translated into dozens of languages, has been adapted by famous writers such as Alexei Tolstoi and numerous film versions, especially cartoons. Pinocchio at Țăndărică: in this version, digital animation has an important role, intertwining with the acting, with the big sized puppets, masks and very evocative costumes. Each major character has a descriptive musical piece.