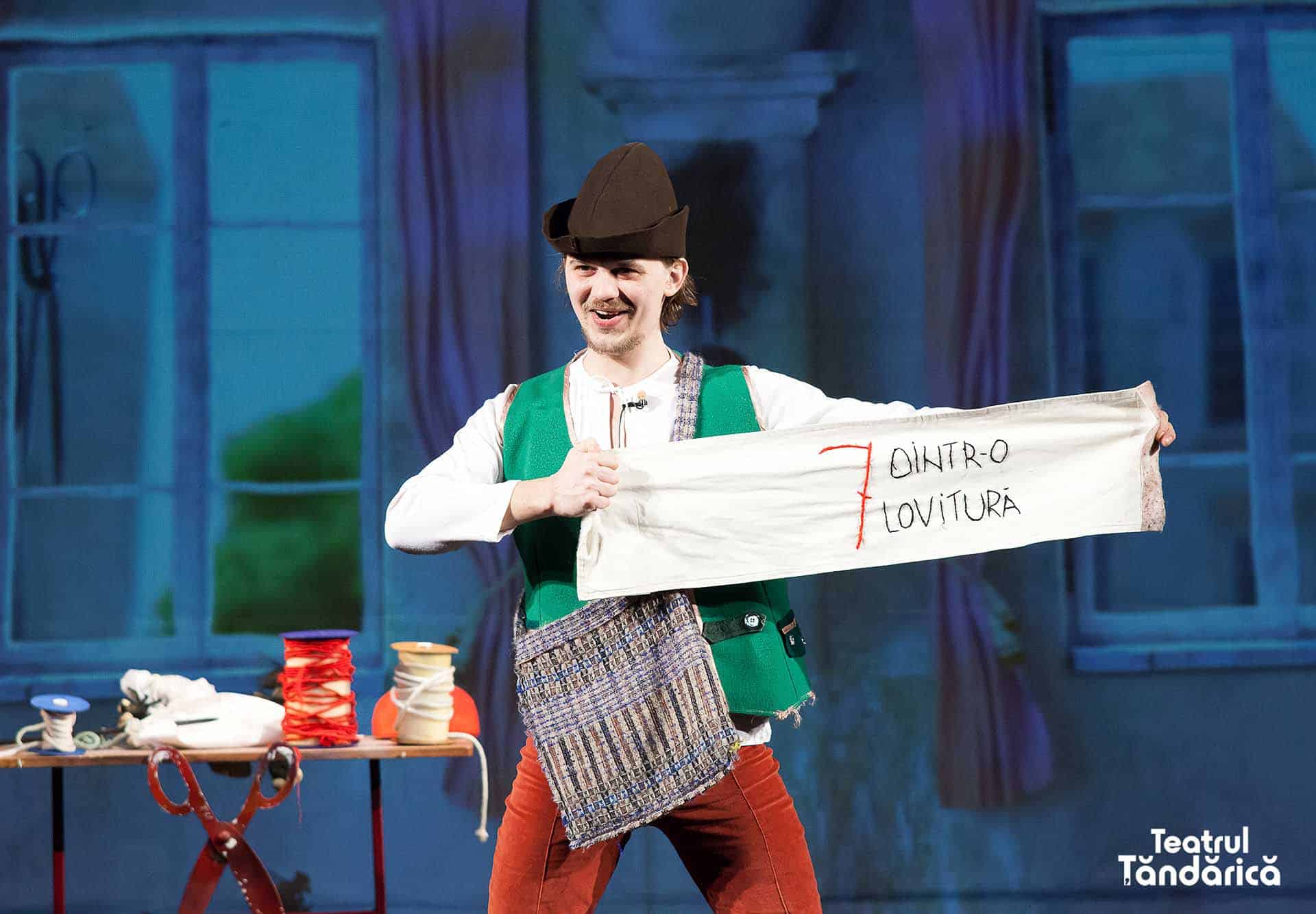 The main character of the tale is a poor tailor whose story begins when he was preparing to eat some bread with jam. Angry with the flies which didn’t let him eat he kills seven of them with one blow of his hand. He makes a belt describing the deed, reading “Seven at One Blow”. This belt brings him fame and an unexpected fortune. He meets a giant and challenges with him. He will be the winner. Then, he enters the Royal service, will have a lot of adventures, and, finally, he will marry the Emperor’s daughter.
The tale was included in the collection of classical stories collected by Brothers Grimm and there are a lot of versions. The technique of tricking the giants is known from ancient times. As usual, the fairy tale has an animated cartoon and then a suite for narrator, percussion and seven instruments by 1950.
BROTHERS GRIMM
They are considered „the patriarchs of the stories for children”. Jakob (b.1785) and Wilhelm (b.1786) Grimm were born in the family of a lawyer and were folklorists, linguists,philologists, doctors of law, well known all over the worls for their collection of fairy tales, publishes in 2 volumes,Amon the tales we can mention: Snow White, The Brave Little Tailor, Red Riding Hood, Cinderella, Hansel and Gretel. The tales written by Brothers Grimm enchanted our childhood, becoming starting points for various dramatizations and scripts. Brothers Grimm contributed to the formation of the German language. By writing the Book of German words as well as the first book of phonetics and phonology. “The Grimm Law” Jacob has 33 volumes and weighed 84 kg.
Our performance preserves the classical subject but uses the special techniques of animation theatre with puppets of different sizes and various means of manipulation. The new thing is coming from the use of the digital animation, specially created for this show and which is blending with actors’ manipulation, music and set design.