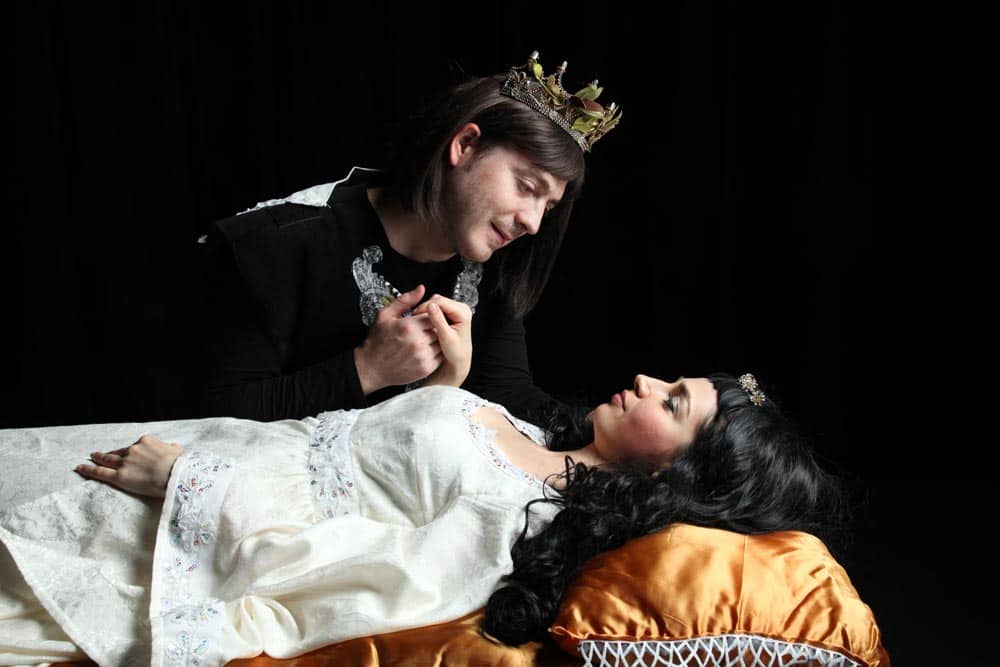 At the christening of the king’s daughter, the good fairies bring gifts for the princess such as beauty and the talent for singing. The bad fairy curses the young princess to prick her finger in the spindle of a spinning wheel and die on her sixteenth birthday. One of the good fairies doesn’t have the power to remove the curse but changes it to sleep one hundred years instead of death. The king is afraid and orders every spinning wheel in the kingdom to be burned. After sixteen years, at the princesss birthday party the curse is accomplished and the whole kingdom falls into a profound sleep. After one hundred years, a handsome prince is passing by, enters into the castle and, impressed by the princesss beauty, kneels, kisses her and she wakes up.

Țăndărică’s version respects the classical story, but there is a teller which leads the action with the help of a magic wand, giving the tone to the change of setting, lights, “directs” the action, the cast and involves the kind into the play. 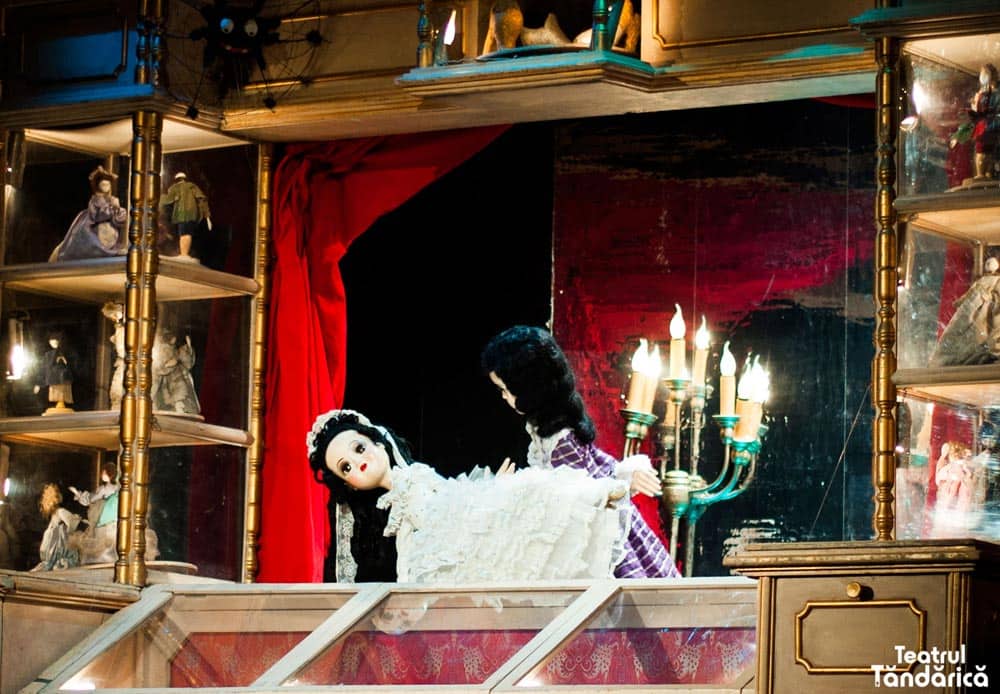 This text is not a simple transposition of the well-known story of “Cinderella”, but a creation of the director, that is an ironic and tender commentary of the well-known events. An adiacent world of the characters (the spider, the mosquito, the mice’s family which releases, in fact, the story as theatre in theatre), the characters itself (created on the plastic principle of the porcelain puppets of the 19th century), the music written by Rossini, give the humor, the warmth and the beauty of the performance made for children and not only for them. 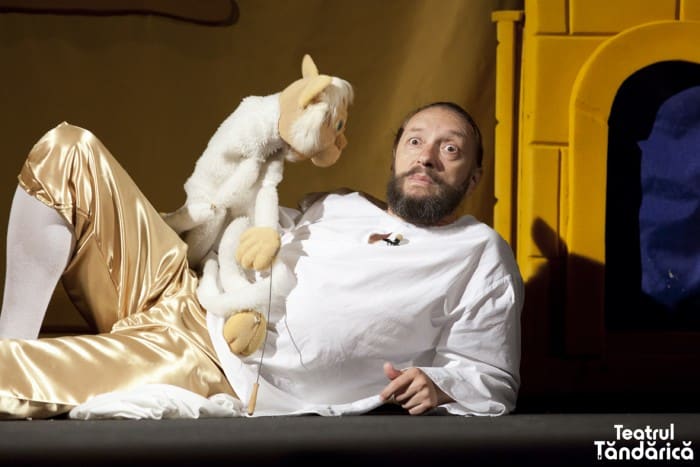 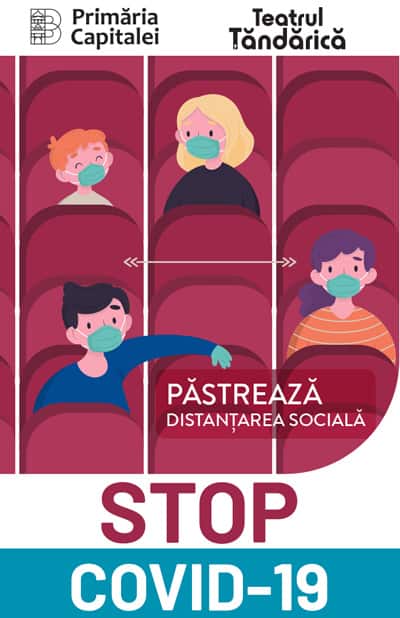